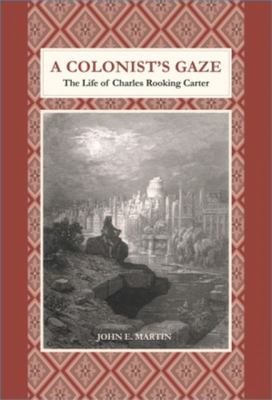 This fascinating biography of Charles Rooking Carter connects the English Victorian world and colonial New Zealand, particularly Wellington and the Wairarapa. It also, through Carter's colonial `gaze' reflected in his writings, draws out the contrast between the old world of Europe and the new antipodean world.From humble origins in England, Carter emigrated to Wellington in 1850 where he worked as a builder, contractor and architect, becoming a foremost contributor to the town's development of harbour reclamation and public buildings. In the Wairarapa he promoted the settlement of working settlers on the land, was acknowledged for his work by having the town of Carterton named after him, and founded a large estate on the Taratahi Plain. Elected to political office, he served the province of Wellington and the Wairarapa well, assisting in Wellington becoming the capital of New Zealand in 1865. When he returned to London he continued to promote New Zealand's interests. Carter's considerable legacy included his generous philanthropic support of Carterton, in particular the establishment of the Carter Home, his donation of the fabulous Carter Collection of books to the Colonial Museum (Te Papa), and his bequest to the Carter Observatory in Wellington.